March Madness is in full swing here at Black Dog Productions.  Last year’s champion is slightly behind after the fist round, but there’s still plenty of time to make up for some boneheaded losses.  (Yale?  REALLY???)

Has March Madness taken over your home/office?  Is it always the one person who knows absolutely nothing about college hoops who always ends up winning the jackpot?

Because I just couldn’t resist….. 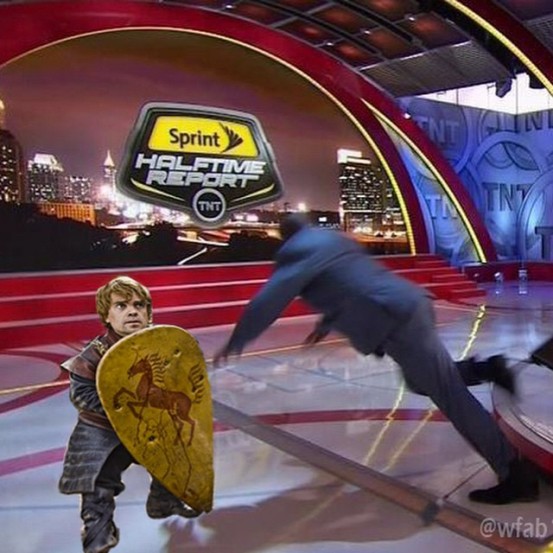 Did you see “The Fall”?  Once you saw he was okay, did you not pee your shorts with laughter?  Have you ever face-planted in public?  How did you handle it?  Were there many margaritas involved?

Congratulations to the University of Connecticut Lady Huskies on ANOTHER National Championship!!!

Yup.  Never saw it coming, did ya?

I may or may not have mentioned it before, but here at Black Dog Productions, we are a multisport dog house.  Running, soccer, football, baseball, we follow it all.  For a little change of pace this year, we decided to change things up a bit, and satisfy our ugly competitive battle of the sexes natures by jumping on the March Madness Bracket Bandwagon.  I won, hubby lost, he pays for lunch.  #suckstobehim

However, to his credit, I was sitting with the game show dollar machine in full swing, unable to grab onto a single friggin’ blog post idea, when he threw out one of the GREATEST IDEAS EVER.  (Not really, but I’m going to let him think so.  If for no other reason than he’s just so damn cute.)  This is going to take some input from you guys so pay attention.  You too.  Yeah you.  The one in the back not paying attention.  Hey!  TURN OFF THE DAMN DUAL SURVIVOR MARATHON AND PAY ATTENTION.  THIS IS IMPORTANT STUFF HERE. 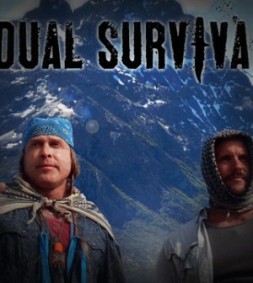 Does this bandanna make my dupa look fat?

As we sit here watching Gonzaga and Duke duke it out, (get it?  DUKE it out? hehehe, I CRACK myself up!), wondering which is going to be the last team to make it to the Final Four, let us throw this poser out into the running world. 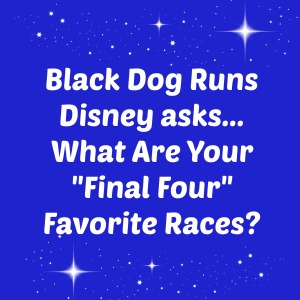 Let’s hear it runners!  Are you a diehard Disney fan or more of a Marine/Boston/New York kind of schlepper?  Love those Rock ‘n’ Roll runs, or prefer the insanity that is Ragnar?  Or do you prefer those little local jaunts, where you know that guy who lives just north of Fort Lauderdale Beach always has a keg tapped in his driveway around mile 7 of the A1A Half/Full Marathon?  INQUIRING FURRY MINDS WANNA KNOW.

No rules here.  Any location, any distance, timed, not timed, we don’t care.  Let’s just see what everyone comes up with.  You never know, you just may find a new race you want to try.  That’s the beauty of race bucket lists – like my average race pace, it’s never consistent and always open to change.  Wait a minute, that’s not exactly a GOOD thing, is it?  Hmmm….

Wait. What? Huh? What was the question again?

Get those phalanges moving people!  We want to know what your fave races are and what makes them total packages of awesomeness.  Is it the people, the places, the drink/snack selections?  Or, perhaps even the on-course entertainment?  (Have no fear, Team Can Am will be taking requests again at this year’s Wine and Dine.)

Been there buddy.  Been there.

As I sit here watching NFL playoff action, it occurs to me – and I know nothing of what these guys do in practice – they must spend hours running up and down that field more times than they can count.  Soccer, hockey, baseball, pick your sport.  It seems like every other sport really does regard running as punishment.  Now I know most of these sports don’t utilize distance running, but probably more interval-style punishment.  But I think if you asked Walter Payton or Victor Cruz to go for a nice easy 10-miler, I imagine they’d probably look at you with an expression not unlike this.

I suppose just about everyone, even seasoned runners, view speed work as a necessary evil if they want to see any kind of decrease in pace.  It’s been so long since I’ve run, (2 months, 3 days, 21 hours, and 47 minutes – not that I’m counting or anything), that I only have hazy memories of lung-busting, star-seeing, hallucination-creating, visions-of-grandeur-inducing, sprint work.  Even though I hated speed work days, it always more of a love-hate relationship. 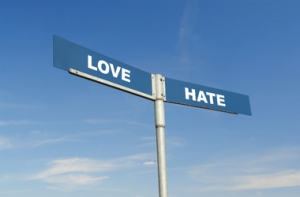 The road I’d rather not travel….

Whether it’s hills, LSD’s, speed work, or tempo runs, if running is not your sport of choice, it’s all ugly and highly detested.  Just ask any typical teenager who decides to get mom and dad off their back about lazing around on the couch all day by taking up something as non-sweat inducing as curling, (no offense Lisa!). 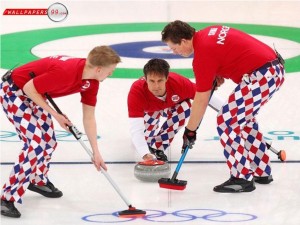 Really, when you get right down to it, 99% of the world’s sports incorporate running to some degree.  I mean really, how silly would it be if baseball players had to walk the bases?  Oh, wait a minute….. 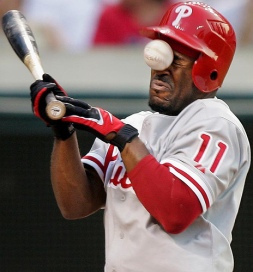 Hate when that happens.

So the next time you hear another athlete whining about having to run during practice, just smile and say nothing.  Let them think their sport is so much more demanding than yours.  You know who the tougher bad ass is.  And so do we.

Why do you think some athletes hate running so much?  Is it the physical demands or how it can put even the strongest of athletes on a level playing field with an everyday runner?  Is it bad that I just can’t stop laughing at the Norwegian National Curling Team’s plaid pants??

I think Mr. Buffett is on to something…

“These changes in latitudes, changes in attitudes
Nothing remains quite the same”

I had originally planned on making today’s post a trip into LiebsterLand, but just couldn’t pass up the chance to weigh in on the sheer idiocy of some members of class homo sapiens.  And that is probably giving said members a bit too much credit.

I believe the term is idiot. Yes! That’s the one.

What freaking rock did THIS guy crawl out from under?  It’s not very often the crap that falls out of people’s yaps surprises me, and sadly, I can’t say that I was totally surprised at all this.  But holy poop-a-rooni dude.  What planet are you from?!?  Planet I-hate-everybody-and-everything-in-it-and-I-have-more-money-than-God-so-I-don’t-care?

Remember this?  I think this whole idiot situation is a prime example of why I just don’t understand the need to hate.  People are, after all, just people.  We all have our faults, we have our likes and dislikes, and yes, we even have people we wish we never had to interact with.  But I like to think average, normal, everyday people don’t find it necessary to spew hateful crap from their mouths every chance they get.

I think the NBA’s response to this nonsense was an appropriate one.  What I’m curious about is what will happen next?  Will this schmuck not care and walk away with millions in his already overstuffed pockets and laugh all the way to the bank?  Will he even care?  One thing is for sure.  His attitude, and the attitudes of others like him, may never change.  That is the hardest part to swallow – and the reason I love the running community so much.

In all the races I’ve participated in, and in all the places I’ve been where runners hang out, not once have I ever heard any words of hate being spoken.  Not once have I ever seen anyone treated with animosity or disrespect.  All I’ve ever witnessed has been high fives, pats on the back, and finish line hugs.  And here’s the kicker – REGARDLESS OF ANYONE’S SKIN COLOR.

So take your racist remarks, your narrow-minded, bigoted, I’m better than everyone else attitude, and stick it where the sun don’t shine, Sterling.  The world will be a much better place without people like you polluting it with your crap.

At the end of it all though, as I drag myself kicking and screaming back from the relax-Kimberley-and-don’t-put-yourself-down-on-that-same-hate-level precipice, I feel nothing but pity for this guy and others like him.  All they’re doing is losing out on the opportunity to have some really great people in their lives and maybe learn a little something about other cultures along the way.  I know the wheels of social change move achingly slow, but if nothing else, maybe some good can come out of all of this.  Perhaps, like after 9-11, people may make the effort to be just a little bit nicer to each other.  Maybe someone will make the effort to shake hands with someone they might not have otherwise.  And maybe, just maybe, bigotry and hate will no longer have a place in our society.

So this is my challenge to you: smile at someone, even if you’re feeling lousy.  Tell a co-worker good job.  Let that guy in who’s been driving down the right lane with his blinker on for a mile and no one else will.  It’s a small, simple, maybe even stupid thing.  But it’ll mean the world to that person.  Be part of the solution.

How do you handle it when someone says something hateful?