Every so often I like to take a step back and “re-evaluate” my life.  Am I taking advantage of everything I can as far as where I live, what I’m physically capable of doing, and the time I spend with the people who matter to me the most?  Am I having FUN?  Because I truly believe that when it all comes down to it, THAT is what life should be all about.

I read this post from Kathryn at From Dancing to Running a while back and it was one of those that just stuck with me.  I stuck it on a back burner knowing it would eventually get spit out by my Brainado. (And yes, I totally ripped that off from Sharknado.)  Then this week, I read this from Sara at Life Between the Miles.  And it hit me like a ton of bricks.

You may or may not know from a previous post (here), that I lost my dad when I was still in high school.  It was quick, (I hope), as heart attacks often are.  I’m often thankful that at least neither he, nor this family, had to watch him get sick and eventually drift away.  One thing I often do wish though, was that I’d had the chance to say goodbye. 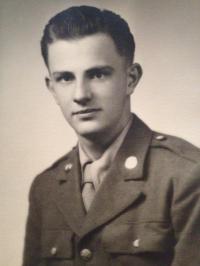 Then I start thinking, what would I have said that could possibly make him understand the impact he’d had not only on my life, but on that of his friends and family?  I am a true cheerleader in believing everything happens for a reason.  If my dad had lived, would I have ever moved thousands of miles away from everything, and everyone, I’d ever known?  Would I have ever gone through a totally crap time just to come out of it with a shiny new relationship that I’m unbelievably thankful for every day?  Would I have fallen head over heels in love with all things running and Disney, and met the incredible people I now consider my extended family because of it?  Who knows?  But I do believe it all happened the way it did, because it was supposed to.

Fave guy in my fave place.

I think sometimes we get so caught up in “the stupid” that we forget to take a breath and realize how good we’ve got it.  I was sitting at lunch today with the hubby watching as they transported Nancy Writebol, infected with the deadly Ebola virus, back to the United States.  She may be flirting with death right now, but I also think she’s probably unbelievably grateful that she has at least been given a fighting chance to beat death at its own game.  I doubt she’s too worried about whether or not she can get the latest designer bag on sale or if her dupa looks too fat.  Oh look!  We’re back at my favorite thing! PERSPECTIVE.

The next time you’re having a totally crap day, go ahead and have that pity party.  No one will blame you.  Just make sure it doesn’t end up occupying more space in your head than it needs to.  There’s too many others out there who would be more than happy to take on your problems.

And since I flat out refuse to leave you on a downer, take some of that unsolicited advice I was bitching about a couple of days ago and… 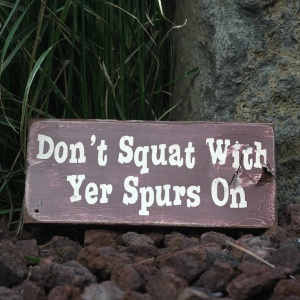 Just trying to help you out.  I’m good like that.

Ever have to remind yourself about what’s REALLY important?